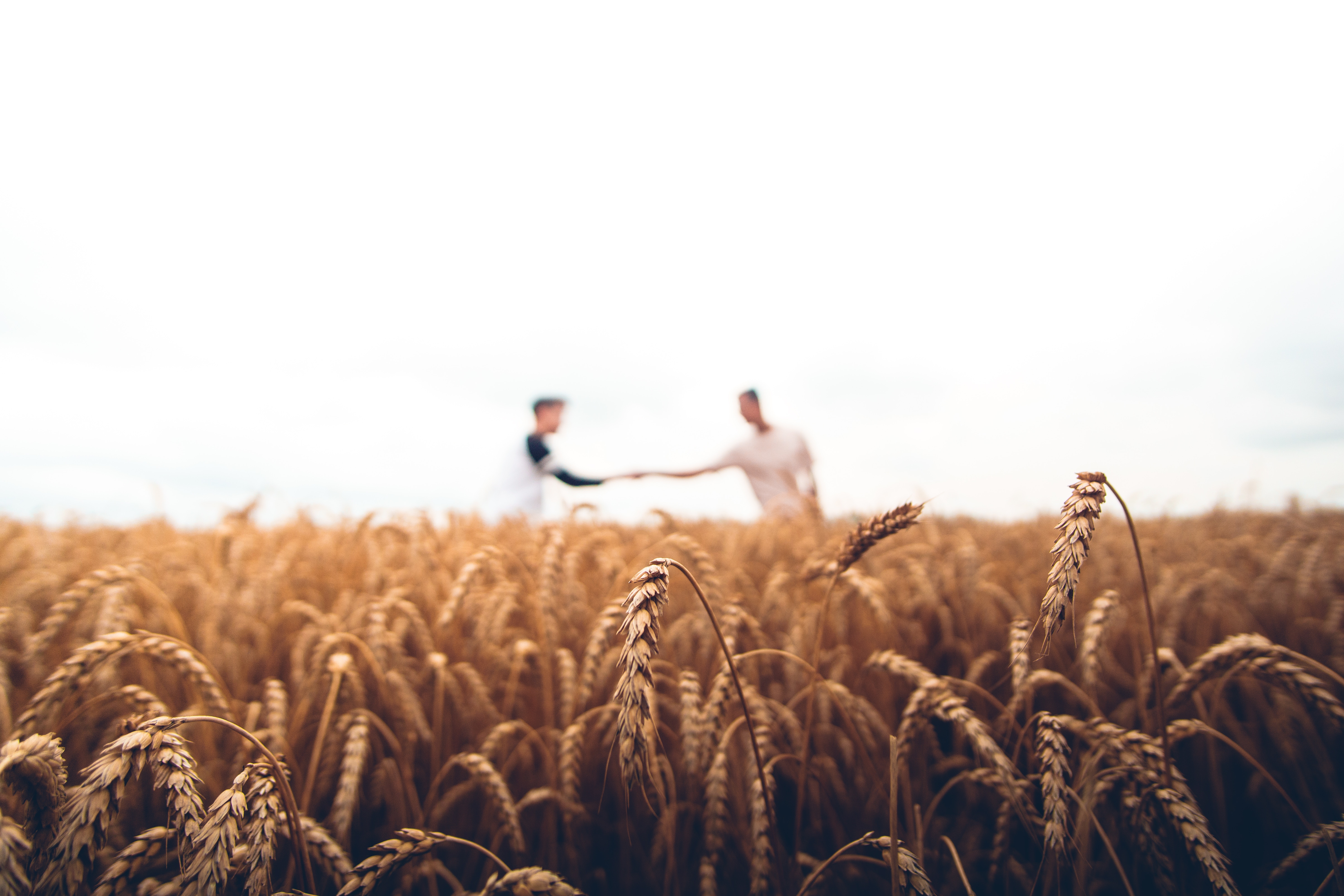 19 Dec Have you been wondering what exactly a GMO is?

Posted at 07:45h in Lifestyle by Rebecca Cockrill 0 Comments

GMO has become quite the buzz word as of late. Do you know what it means?  Many of us may have some idea of what a GMO is, but not the whole picture?

Let’s start with the basics, GMO’s are genetically modified organisms, or GMO for short. A GMO has had its DNA altered or modified in some way through the process of genetic engineering.

In most cases, GMOs have been altered with DNA from another organism; bacteria, a plant, a virus or the DNA from another animal. We’re not just talking about your food, although that is a significant concern, in many cases, animals and insects have also been genetically engineered. Let me give you an example.  Genetically changing the DNA of an ordinary goat with the DNA of a spider, which produces silk results in a goat that produces silk proteins in their milk. The milk is then collected, and the silk protein is isolated to make lightweight, ultra-strong silk with a wide range of industrial and medical uses.

The wide range of GMOs can boggle the mind. Geneticists have bred GMO pigs that glow in the dark by inserting the pig’s with DNA with a gene for bioluminescence from a jellyfish. Why would we need pigs to glow in the dark? Tomatoes have been developed that resist frost and freezing temperatures with genes from a cold-water fish. The Food and Drug Administration also recently approved genetically modifying potatoes and apples. They are creating potatoes that don’t bruise, and apples that don’t turn brown. All of this by monkeying with the natural enzymes that occur in the apples and potatoes.

According to the National Library of Medicine. The potential benefits for genetically modifying food is foods that are tastier, more nutritious and resistant to diseases and droughts. But they also list some potential risks, including the genetic alterations that can cause harm while modified organisms could be inbred with natural organisms, leading to the possible extinction of the original organism.

By far the most significant use of GMO technology has been in large-scale agricultural crops: At least 90 percent of the soy, cotton, canola, corn and sugar beets sold in the United States have been genetically engineered.  In 2014 and 2015, the adoption of herbicide-resistant corn accelerated, reaching 89 percent of U.S. Corn, according to the U.S. Department of Agriculture. As you are probably already aware, the chemical Round-Up is one of these herbicides used to modify corn and other vegetables genetically. They claim that it makes them heartier and more bug resistant thus farmers are able to produce more abundant crops. However, one of the scariest things about  Round-Up is the fact that it is a known Carcinogenic and yet has been approved by the Federal Food and Drug Administration as being safe when clearly there is evidence to the contrary…

“Genetically modified foods have been linked to toxic and allergic reactions, sick, sterile and dead livestock, and damage to virtually every organ studied in lab animals,” according to the Institute for Responsible Technology.

“Most developed nations do not consider GMOs to be safe,” according to the Non-GMO Project. “In more than 60 countries around the world, including Australia, Japan and all of the countries in the European Union, there are significant restrictions or outright bans on the production and sale of GMOs.”

According to soapboxie.com, the adverse side effects of eating GMO’s

There is scientific data that shows that GMOs have dangerous side effects in animals. Based on animal studies eating genetically modified foods causes a wide variety of problems, which makes tracing the source of the problem difficult, especially over time. Some scientists predict that GMOs are one of the root causes of epidemics that now plague the United States including obesity, diabetes, asthma, fertility problems, food allergies, and even cancer. What about ADHD and autism? Many conditions are on the rise which coincides with the introduction of changes in our food system over time.

According to the Academy of Environmental Medicine, there should be “an immediate moratorium on genetically modified foods.”

Which Foods Are Genetically Modified?  Some examples of foods that have been genetically modified

93% of soybean fields in the United States are genetically modified and 77% worldwide.

95% of sugar beet crops grown in the U.S. in 2010 were genetically engineered and 9% worldwide.

80% of Hawaiian papaya is genetically altered.

Scientists speculate that the rise in infertility, low birth weight babies and other reproductive ailments in the U.S. population since the mid-1990s may be linked to the introduction of genetically modified foods.

The American Academy of Environmental Medicine asked doctors to educate patients about the dangerous effects of eating GMO foods.

Scientists at the FDA warned the White House in the 1990s that potential side effects of GMO foods would be difficult to detect. Instead of gathering more long-term data, the White House appointed Monsanto’s former attorney to push the U.S. forward with GMOs and biotechnology. FYI: Monsanto sells approximately 90% of the genetically modified seeds used in the United States. Many of these seeds are modified to give the crops the ability to withstand heavy doses of the herbicide Roundup, also a Monsanto product.

Other scientists point out that because the effects of eating GMOs are not understood, new diseases are likely to develop without us knowing the root cause until it is too late. An example of this already occurred in the 1980s when a genetically engineered food supplement called L-tryptophan killed people and caused illness and disability because it took four years to find the cause.

The American approach to food safety is based on “substantial equivalence” whereas the European approach is based on the “precautionary principle.” The FDA says there isn’t evidence to support that GMOs are not safe; European officials say that if a reasonable risk exists, it is not worth continuing to eat GMOs. This situation is repeated with other food safety issues, like the use of food dyes.

Make you wonder about Gluten Intolerance?  Some say it’s not the gluten that people are allergic to today. Studies have shown that it may be connected to the fact that the wheat we eat today is very different from the wheat our grandparents and great-grandparents ate.

Side Effects of GMOs

Since we don’t know precisely what GMOs do to our health, we have to base our decision to eat GMOs on evidence from animal studies and the opinions of experts in the scientific field. For some people, the possibility of risk is enough to make that decision to stop eating GMOs.

See below for some specific findings related to GMO studies, including a human study showing that DNA from the modified food inserts itself into the bacteria present in our intestines.

Genetically modified food, fed to rats and salmon, increased weight gain, they ate more, there were changes in their immune system and altered intestinal structure

Genetically modified soy, in the only published human study, states that the gene inserted into GM soy transfers into the DNA of bacteria living in the human intestines and the gene now functions within the bacteria

Genetically modified soy fed to hamsters over 3 generations produced a 3rd generation that lost the ability to have babies, and there was high mortality of offspring, slower growth, and some had hair growing inside their mouths.

Genetically modified soy tested in goats milk showed modified DNA sequences in the goats’ milk, having passed from the intestines to the bloodstream to the udders into the milk.

Fish genes were analyzed in fish that had eaten, genetically engineered plants. Modified DNA was found in nearly all inner organs.

Genetically modified soy fed to female rats showed most of their babies were smaller and died within three weeks. The offspring were revealed to be less fertile.

Genetically modified corn fed to pigs in the U.S produced pigs that were sterile had false pregnancies and gave birth to bags of water.

Know that you have read a few of the studies and hopefully feel a little more educated on GMO’s. I encourage you to look at your own health and diet. Do you see any similarities or have you developed new allergies or illnesses that have been previously unexplained? Now is the time to become educated and to make conscious choices about your own health and diet. It is up to you on what changes you make in your diet.

If you would like to discuss your diet and changes that will benefit your overall health I invite you to schedule a one hour complimentary discover call with me.

Photo by Warren Wong on Unsplash