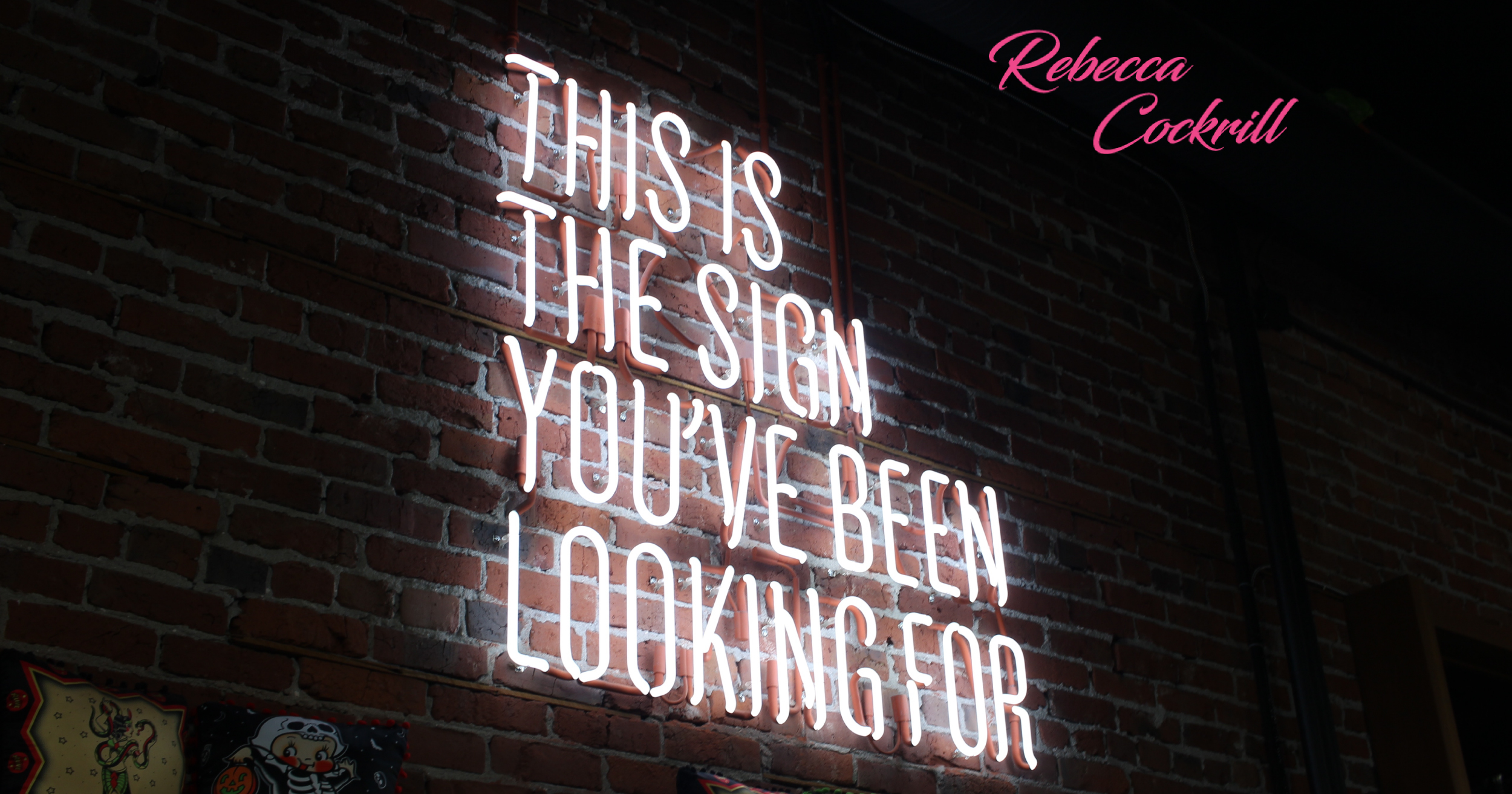 30 Jan Is this the sign you’ve been looking for?

Posted at 08:00h in Beliefs by Rebecca Cockrill 0 Comments

What can happen when we wait until the last moment to make a decision to live a healthy life?

None of us ever expect that we will be faced with bad news. That always happens to the other guy, right?  Recently my heart was filled with sadness over a client who waited until the last moment to reach out and take control of their well-being.

My client knew that she wanted to make changes to her lifestyle but always thought she had lots of time, she put off making those changes because she was busy. She planned to do it soon. Then out of the blue, right before the holidays, she found herself in the emergency room.  She could tell something was felt wrong. She didn’t expect the Drs. would say to her that they needed to run more tests and possibly do a biopsy on her pancreas.

The waiting is often the hardest part.  The hospital sent her home. They would have the results of her biopsy in a few days, she should just go home and rest.  There is nothing more frightening than waiting. She did something really incredible while she was waiting, she and her daughter took the day off and went to the spa.  If you’ve read my article on Laughter, you know that spending time taking care of yourself, laughing, loving and spending time with your family and friends are some of the best things you can do to boost your immune system.

A few days later, she finally got the news. She heard the diagnosis no one wants to hear “you have stage 4, cancer of the pancreas and it has spread to her liver and bile duct.”

While in the emergency room the oncologist told her that with Chemo she might possibly have 16 months to live.  Meanwhile, to get her stabilized, they admitted her to the hospital where everything soon took an awful turn. They released her a few days later to go home with her daughter on hospice.

Things are not looking too good right now, her liver is shutting down. The toxins are building up in her system. All through this, all feels hopeless, I am in awe of her daughter who still believes there is hope.  We aren’t giving up, not yet. The body is miraculous! When we give the body the right things it needs, our bodies can heal. There have been many instances of people who have improved regardless of how situations might originally have appeared.

Of course, it is much easier to heal if we are proactive now! The worst part about pancreatic cancer is we often don’t know anything is wrong until the disease has progressed and become more challenging to treat.  I would encourage you not to wait until the last moment to take care of your well-being.

If you found yourself shaking your head while reading this, but don’t know where to start, schedule a complimentary discovery call with me.

Let’s start today working on a plan for you!

May your life be filled with love, health and happiness,

Photo By Austin Chan on Unsplash